Swaziland is a small country, bordered on three sides by the nation of South Africa. It is home to approximately 1 million people, governed by a king. It is a magnificently beautiful country with western mountains and big orange and pink skies. Women wearing colorful headscarves walk miles with gallon buckets of water and food on their heads. Lions, elephants, zebras, rhinos, and giraffes roam safari parks. Donkeys, cattle, goats, and chicken roam everywhere else.

Swaziland is also profoundly sad with poverty, starvation, water shortages, drought, unemployment, and no public education. Swaziland also has the highest HIV/AIDS infection rate in the world– it is estimated that over half of the people between 18 and 40 who live in the rural areas of the country may be infected. 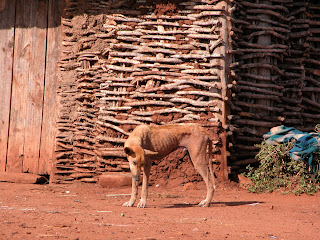 On land distribution: Every male Swazi citizen has land granted to him and his family by the king, which remains in the family (unless the land owner is convicted of a crime). The owner must care for the land (neighbors may report him to the tribal council for neglect) and may return it to the local leader to request land in a new area. The people of Swaziland hold the land collectively so that an individual may not sell it, but is permitted to sell the produce of the land. For this reason, most Swazis feel very tied to their homestead and if they become sick, return to it even if they have moved to a city to work. This is why AIDS becomes mostly a rural phenomenon. 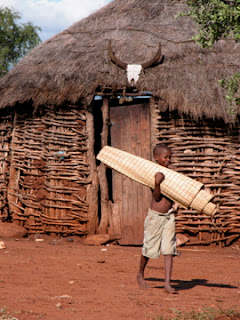