We wanted to thank everyone who participated in the Sponsor-A-Child Fundraiser (it was a success!) and to give a general thank you for those who have supported us in the past year. It’s very humbling to think how good people have been and of the help that has been offered.

Here are some photos from the Chicago event:

Here is a photo of Sr. Barbara, Mzamo and Thandiwe visiting the St. Cabrini Nursing Home in Dobbs Ferry on the Hudson River:

We wanted to share with you the story of one child at Cabrini who is sponsored, to illustrate what the sponsorship does for a young person.

This is Fanana. Both of his parents died, and when we discovered him he was living on the homestead of his father’s second wife. He was no blood relation to the family where he was living, and in Swazi tradition, blood relatives come first in importance for getting basic needs met and having any kind of social status, especially in families that are overburdened and stressed by illness and poverty. The family was physically abusive to him, renting him out as a cow-herder, and when he was found by our staff he was actually pulling a hand plow (that animals like donkeys usually pull) and was physically beaten if he wasn’t pulling it fast enough.

He came to live in the hostel in 2002. Almost all of our kids are malnourished when they arrive, and many have not been in school. He didn’t have much schooling- he had started school (first grade) in 2002 as an older student, and that is difficult for a student’s self-esteem. At Cabrini, Fanana was one of the first kids to participate in our Bridge School program, which is an intensive afterschool program for older children to accelerate their learning in order to catch up and be in the grade they should be for their age group. He completed grades 5, 6, and 7 in the year 2007. We also helped him reconnect with other family members so he has much better family involvement now, with blood relatives on a more stable homestead. They can be more involved in his life, because his needs are being met. 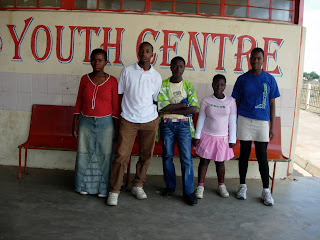 Now he is attending what is considered a very good boarding school. We have family meetings three times a year, where we meet with the hostel children’s remaining family members for a business-type meeting, and also a presentation from the children such as dancing, skits, and speeches, and we host a barbeque. We had the kids who were sent away to boarding school come because they’re very good students, so Fanana got in front of everyone talking in Siswati about his experience. Then in perfect English (which is a huge, amazing thing) he said, “For the benefit of my friends here in this room who do not speak Siswati, I will now repeat everything I just said in English.” He was so grown-up in the way that he did it, and he went on to say that he had gotten many opportunities from Cabrini, and that even though he was going to a school where there were a lot more privileged children, he said he wasn’t identifiable as an orphan. Cabrini had made sure he had clothes that made him look like a peer, and money for books and such, so he wasn’t stigmatized as different. And probably most of the kids don’t even really realize that he is an orphan. This is what a sponsorship gives to this child. 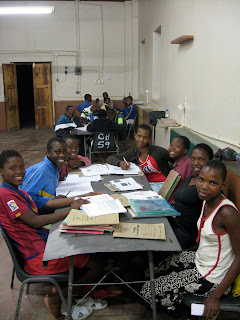 Fanana is an example of a young person who today would likely still be a cow-herder with not many other opportunities if it wasn’t for Cabrini and his sponsorship. He was a smart child who had so much more potential than that. He has made it into his second year of high school, and he will continue to make it; he’s blossomed into a natural leader. He also grew several inches taller this year. Without bridge school, he would still be in primary school. In a class of 90 he was ranked #10, so he’s doing very well. And he will go to college. A success story thanks to sponsorship.

If you’d like to sponsor a child, please visit: http://www.cabrinifoundation.org/Involved/sponsor.html

Happy Thanksgiving to everyone in the U.S. and thank you for your support!